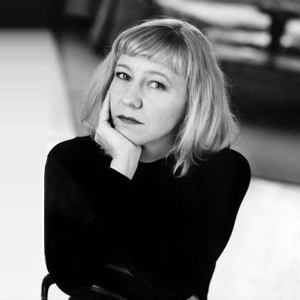 Thecla Schiphorst is Director and Professor in the School of Interactive Arts and Technology at Simon Fraser University in Vancouver, Canada. She has an Interdisciplinary MA under special arrangements in Dance and Computing Science from Simon Fraser University (1993), and a Doctor of Philosophy – Ph.D. (2008) from the School of Computing at the University of Plymouth. Her background in dance and computing form the basis for her research in embodied interaction, focusing on movement knowledge representation, tangible and wearable technologies, media and digital art, and the aesthetics of interaction. She applies body-based somatic models as articulated in systems such as Laban Movement Analysis to technology design processes within an HCI context. Her research goal is to expand the practical application of embodied theory within technology design.

She is a member of the original design team that developed Life Forms, the computer compositional tool for choreography, and collaborated with Merce Cunningham from 1990 to 2005 supporting his creation of new dance with the computer.

Thecla Schiphorst is the recipient of the 1998 PetroCanada Award in New Media, a biennial award presented to a Canadian Artist for their contribution to innovation in art & technology in Canada and the recipient of three IDMA (International Digital Media Awards) including the people’s choice award for my design of immerce(1994), an interactive interface based on John Cage and Merce Cunningham’s compositional strategies that enabled user’s to explore the Cage/Cunningham media archive by varying navigation modes (linear, associative and random).

Schiphorst’s media art installations have been exhibited internationally in Europe, Canada, the United States and Asia, in numerous venues including Ars Electronica (1997), the Dutch Electronic Arts Festival (DEAF03 + DEAF07), Future Physical Cambridge (2003), Siggraph Electric Garden (1997), Siggraph Emerging Technologies (2005), the Wexner Centre for the Arts (1998), the Canadian Cultural Centre in Paris (1997), the London ICA (1999), at the MM’10 exhibition at the Palazzo Medici-Riccardi, in Florence, Italy (2010), and the Michel Journiac Gallery at the Paris-Sorbonne (2012).